What can a journalist do?

Despite increasing openness in the dialogue around mental health problems, there continues to be social stigma associated with depression with many people endorsing unhelpful attitudes.

The media has a valuable role to play in reducing stigma by raising awareness about the symptoms and prevalence of depression, as well as maintaining open and helpful dialogue around causes and treatment of the disease.

In addition to bringing about positive change by discussing depression openly, the media can help by minimising potential negative effects of irresponsible reporting of suicide.

There is accumulating evidence of the “Werther Effect”, which means that certain kinds of media reports on suicide can encourage imitative suicidal behaviour or copycat suicide.

One recent example of the Werther Effect is the striking increase in railway suicides after the suicide of German goalkeeper Robert Enke in 2009 (Hegerl et al. 2013). 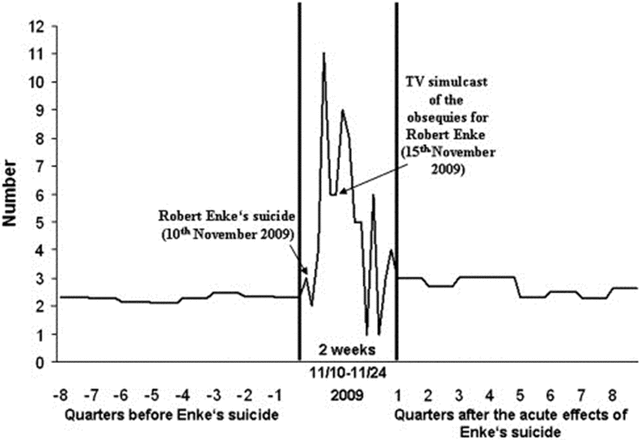 Conversely, the introduction of restrained reporting on subway suicides in Vienna in 1987 was associated with a 70% decrease in suicide.