Media coverage is not the primary reason for the suicide, but it can serve as the crucial trigger during a critical phase of the illness.

Certain characteristics of a report will make imitation more likely:

This is not to say that suicide should not be discussed within the media, but know that the risk of a person identifying with a suicide is increased when:

This risk decreases when: 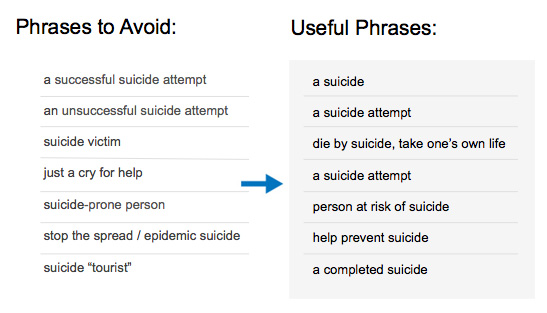