How does the brain function?

When the brain is not working adequately, one or more of these functions will be impaired and this will become clear through specific signs and symptoms. At the core of depression, emotional regulation is affected, but all the other functions reveal difficulties through symptoms.

All emotions, mood changes, thoughts, perceptions and behaviours are connected with the activity of nerve cells in our brain. The brain consists of more than 1 billion nerve cells (neurons) organised in complex neural networks. Information is transmitted as if it is electricity from the end of each neuron to the next neuron (synapses). The neurons are not directly next to each other. There is a gap between these two neurons (synaptic cleft), which is bridged by messaging units or “neurotransmitters”.

If an electric signal arrives at the end of a nerve cell, it will cause the release of neurotransmitters into the synaptic cleft. The neurotransmitters, which will be picked up by the neighbouring neuron, cause the following neuron to electrically pass this information. Also, new connections between neurons are regularly established and the existing connections are maintained through the help of hormones produced within the brain (brain derived neurotrophic factor- BDNF).

A healthy brain has adequate levels of BDNF and constantly makes new neuron connections. It is as if information pathways are being constantly built and repaired. It is in these pathways that electric signs will result in different emotions, thoughts and behaviours.

A mental disorder diagnosis may be appropriate when the brain is functioning below a certain level of adequacy and signs and symptoms  lead to significant functional impairment in a person’s usual way of living with oneself, with others, family, friends, at school or work.

As with other mental disorders, depression is due to complex genetic and environmental interactions. One cannot say mental disorders are caused only by genes or only by upbringing or culture, but usually it is a combination of these factors. 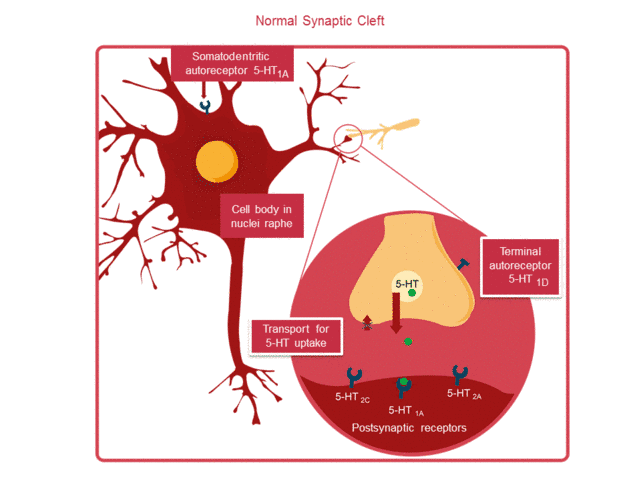